Development Trend of LED Industry under the Epidemic Situation

According to statistics from Omdia, in the first quarter of 2020, the global LED display market is driven by the small pixel pitch market and continues to grow at a rate of year-on-year growth. Shipment volume was 255,648 square meters, an increase of 18.8% year-on-year from 215,148 square meters in 2019. Compared to the fourth quarter last year, it dropped by 33%, and China's LED display market suffered a severe blow, with shipments falling by 59.4%. 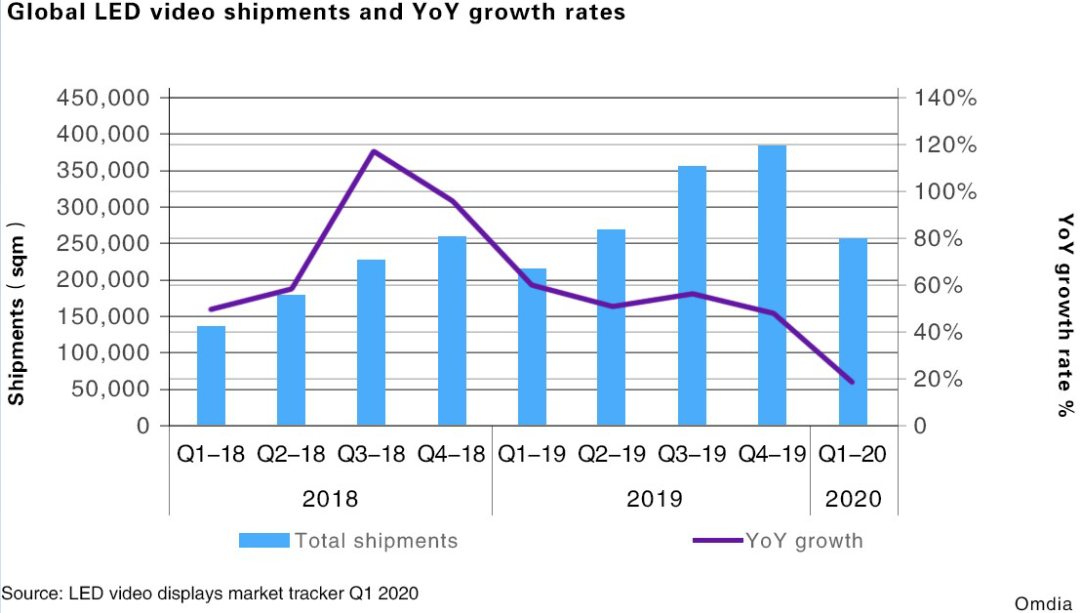 Looking at the first and second quarters, LED display screens were greatly affected by the epidemic. From the initial resumption of work and production to the subsequent market impact brought by the global outbreak of the epidemic, it has formed a realistic challenge for display companies.

In recent years, the industry has been driven by small pixel pitch displays. In addition to the continuous growth of small pixel pitch LED displays, the market for transparent LED screens, alien LED  screens and LED adhesive screens has also received greater attention.